Prominent has worked alongside the Bedford School's in-house marketing team for a long time – offering them support when their four-man department were stretched and giving them some extra help during their busier school periods and bigger stories.

However, without a doubt the biggest of these happened when pupil Benjie Ingram-Moore suggested to his 99-year-old grandfather Tom that he complete 100 laps of his garden by his 100th birthday – raising as much money as he could for the NHS during the coronavirus pandemic. 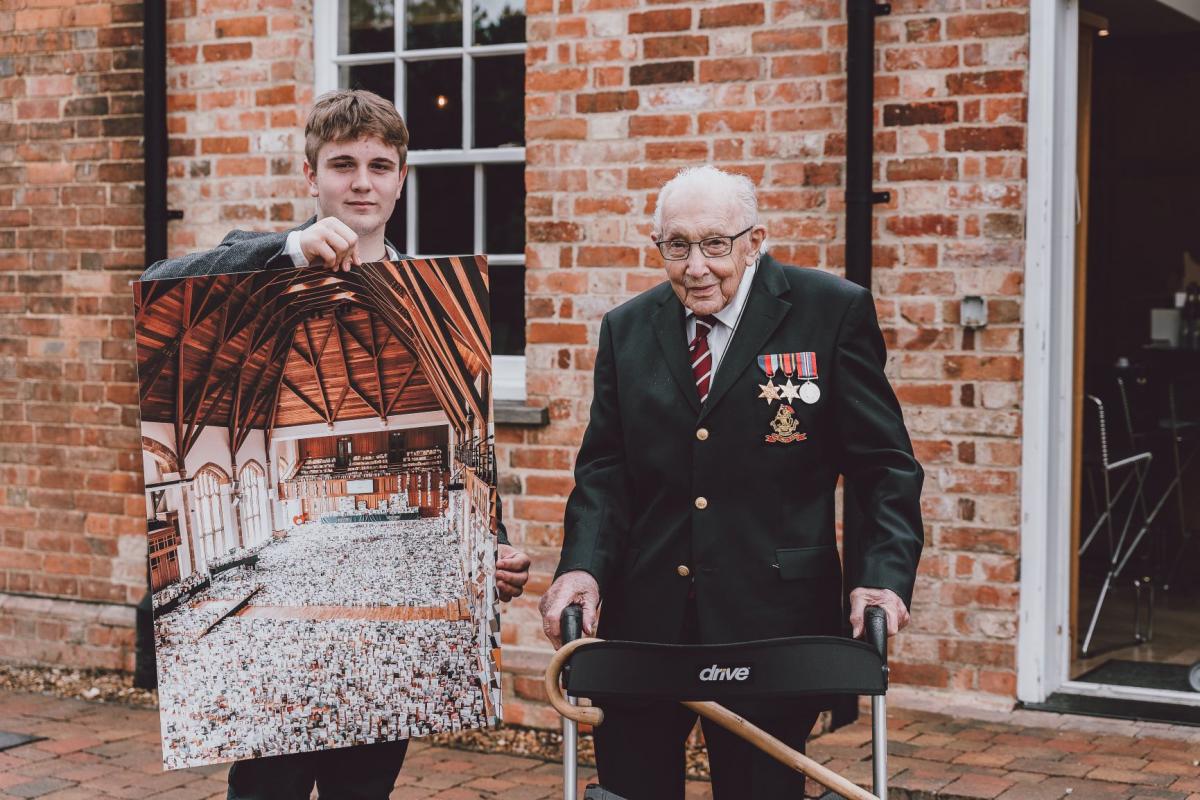 Not only did we support the school to publicise this incredible feat – which captured the hearts of millions at home and abroad, led to Captain Tom being elevated to Colonel Tom and a whopping £30 million (and counting) raised for our health service.

But we were also asked to provide the back up to Captain Tom’s 100th birthday celebrations during which Bedford School played a major role.

It became clear early on in Colonel Tom’s walking challenge that when it ended on his 100th birthday, the public would want to join him in celebration.

As his local post office started to receive an influx of mail from well-wishers, Bedford School stepped in and offered to house the birthday cards as they arrived.

They also offered to use the school hall to display the cards.

However, nobody expected quite the vast number of cards that started to arrive and Prominent were brought on board to help when 35,000 had arrived at Bedford School and BBC Breakfast had been in touch asking to film from the school hall on his birthday.

Two Bedford school pupils had stepped in offering to create videos of the cards being set out – including a time lapse – and the Bedford School communications team had started taking photographs to document the process.

Our role was to support the school in what was to become one of the biggest stories they have ever had to manage and provide expert advice on handling the media where required.

Our aim was to make the most of the opportunity to get exposure for Bedford School. However, it was important the school did not look like it was detracting from Colonel Tom’s exposure. We wanted the school to provide the backdrop to the hero of the hour.

Our strategy was to act as facilitator to the local, national and international press, to manage messaging from the school that supported that of the family and to maximise exposure.

We also needed to manage all the administrative side of dealing with multiple media requests so the Bedford School communications team could be on the ground at the school with the media and the family.

Our role in the birthday celebrations included:

Every single newspaper in the country covered the story 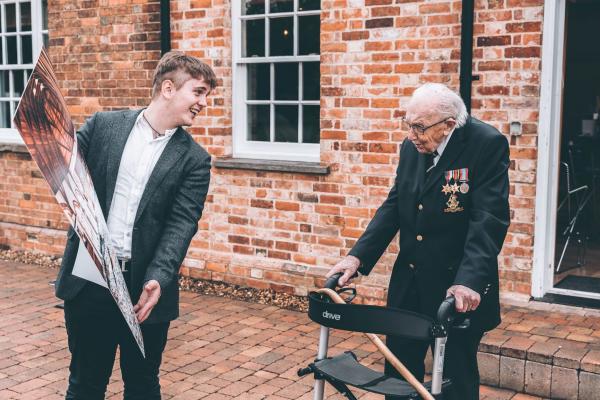