Between 2016 and 2021 Prominent provided a full-time PR service for East Cambridgeshire District Council (ECDC). The council allocated a set budget for us to run a campaign designed to educate the community on the merits of recycling 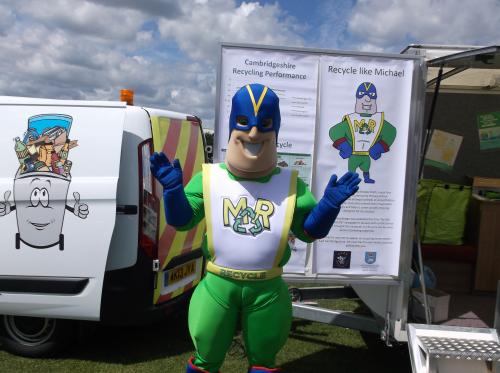 We initially created a detailed timeline of how to bring this character to life including a competition, social media channels, the creation of a costume and merchandise. The logistics of the whole campaign relied on this timeline.

We researched term dates and looked at how our campaign could fit around these for maximum exposure and agreed that the campaign needed a “face” and came up with a mascot - recycling champion Michael Recycle.

To get more people involved we gave the opportunity to create the recycling hero to school children by running a design competition. Once the character was created, we worked alongside a theatre and drama company as well as costume designer to bring our design to life. We then put on a performance for the school children who had taken apart in the competition. 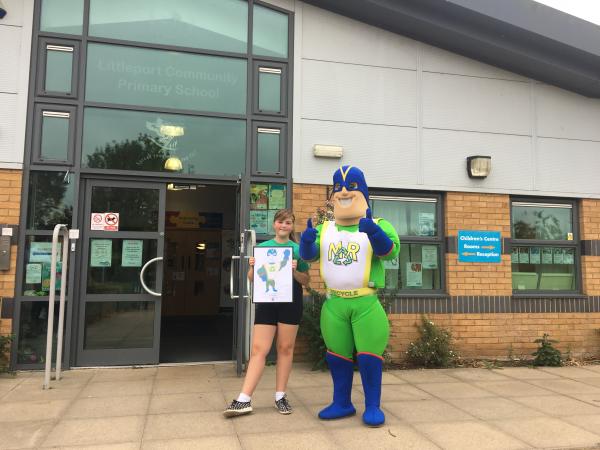 To help Michael Recycle reach a wider audience, we created a Twitter handle and used this to issue recycling facts and figures.

We created ‘did you know’ graphics and Michael answered questions from the public.

Once the costume was created and made Michael made appearances at markets, fairs, fetes and open days where children were queuing up to have their photograph taken with him after meeting him at school. Events Michael has attended include Littleport fun day, Ely markets and Ely Aquafest. This led to even more local press coverage as well as Michael getting to meet people face-to-face.

We capitalised on Michael’s popularity by offering the recycling team from Littleport Primary school a trip to the Council Chambers to take part in a mock election on recycling issues.

For the mock election we created a second character – Justine Binnet – to go up against Michael in a debate with a member of the Prominent team dressed head to toe in bin bags.

The election was attended by BBC Radio Cambridgeshire who broadcast it live on air.

The campaign continued to build momentum after we created wrap-around designs for all the recycling lorries in East Cambridgeshire.

This launched phase two of the campaign – proving its longevity.

Michael falls under the ‘Making East Cambs a Great Place to Live’ section of the council’s Corporate Plan and is designed to inspire and engage the whole community. 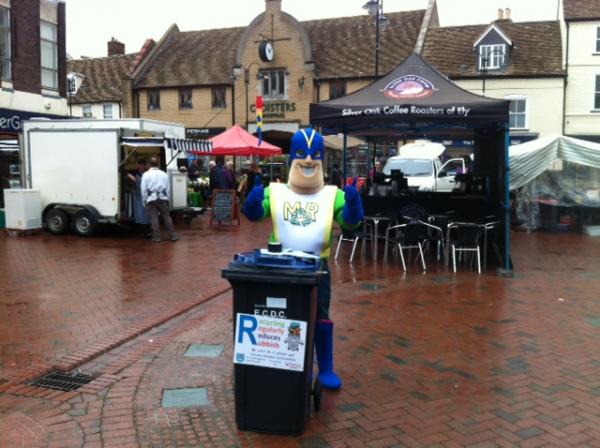 Prominent delivered a creative, innovative and durable campaign, surpassing objectives to educate, inspire and engage thousands of children and make a tangible difference to the public’s attitude towards recycling.