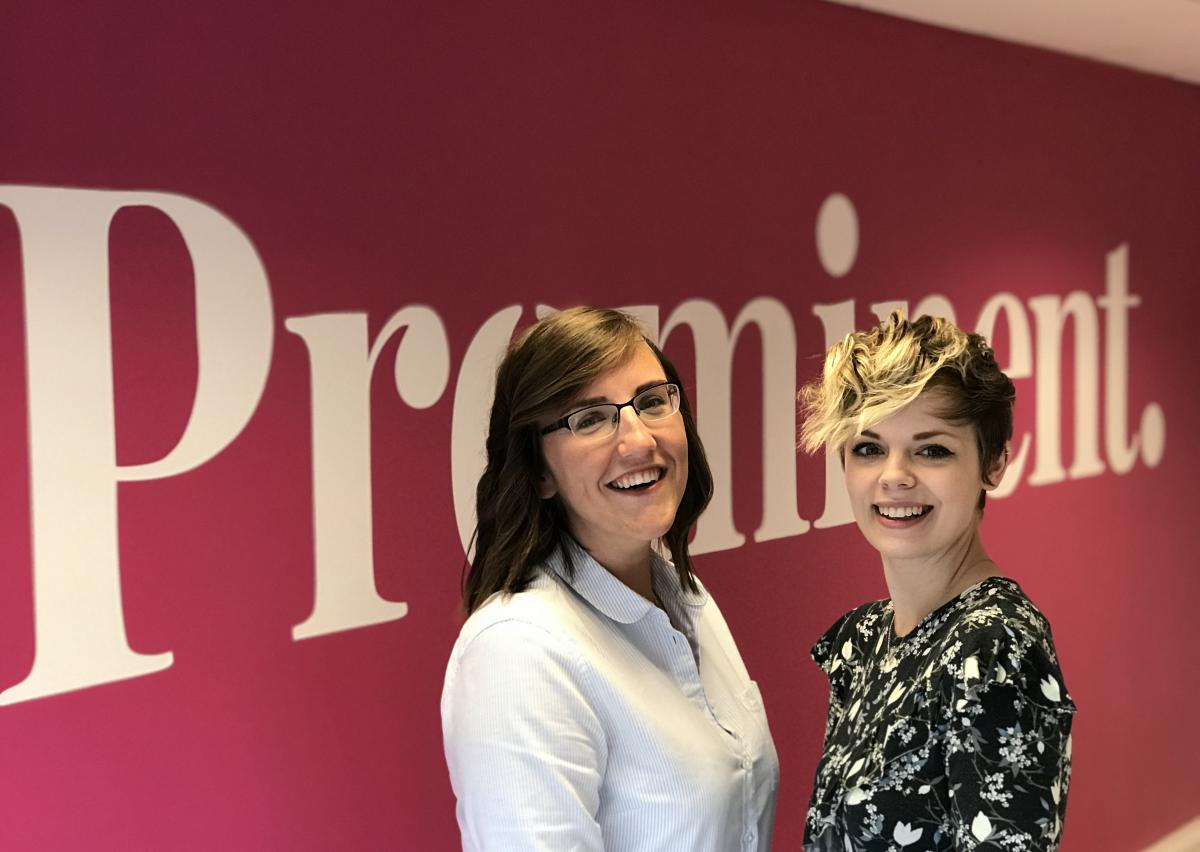 Prominent is celebrating the promotion of two members of our team.

Abi Gagen, 28, has been promoted to marketing director at Prominent, which is the current Chartered Institute of PR (CIPR) outstanding small agency of the year for the Thames, Chiltern and Anglia area.

Emily Grimes, 24, has been promoted to marketing manager, her second promotion in the space of a year.

Abi oversees the marketing service offering from the agency, with particular expertise in digital marketing, social media  and press office management. She has been with the agency for two and a half years and has also taken on responsibility for training and mentoring one of Prominent’s new apprentices. In late 2017 Abi was named as the CIPR Young Communicator of the Year for the region.

Emily oversees the graphic design element of Prominent’s service, but also manages client accounts and has recently had two projects shortlisted for awards. She has grown the design offering to be a substantial element of the business in just nine months of being at the agency.

Helen Rudd, managing director of Prominent said: “Any business is only as good as its team and Abi and Emily thoroughly deserve their promotions. They are ambassadors for Prominent and represent the business in a way which makes us stand out from the crowd. Their loyalty, dedication to clients and determination to always go the extra mile is admirable, and I’m so proud to have them as part of our team.”

Prominent has recently announced a change in location due to team growth. The agency has vacated its premises at Masterlord Office Village and now has a base on the Gulpher Road Business Park in Felixstowe.