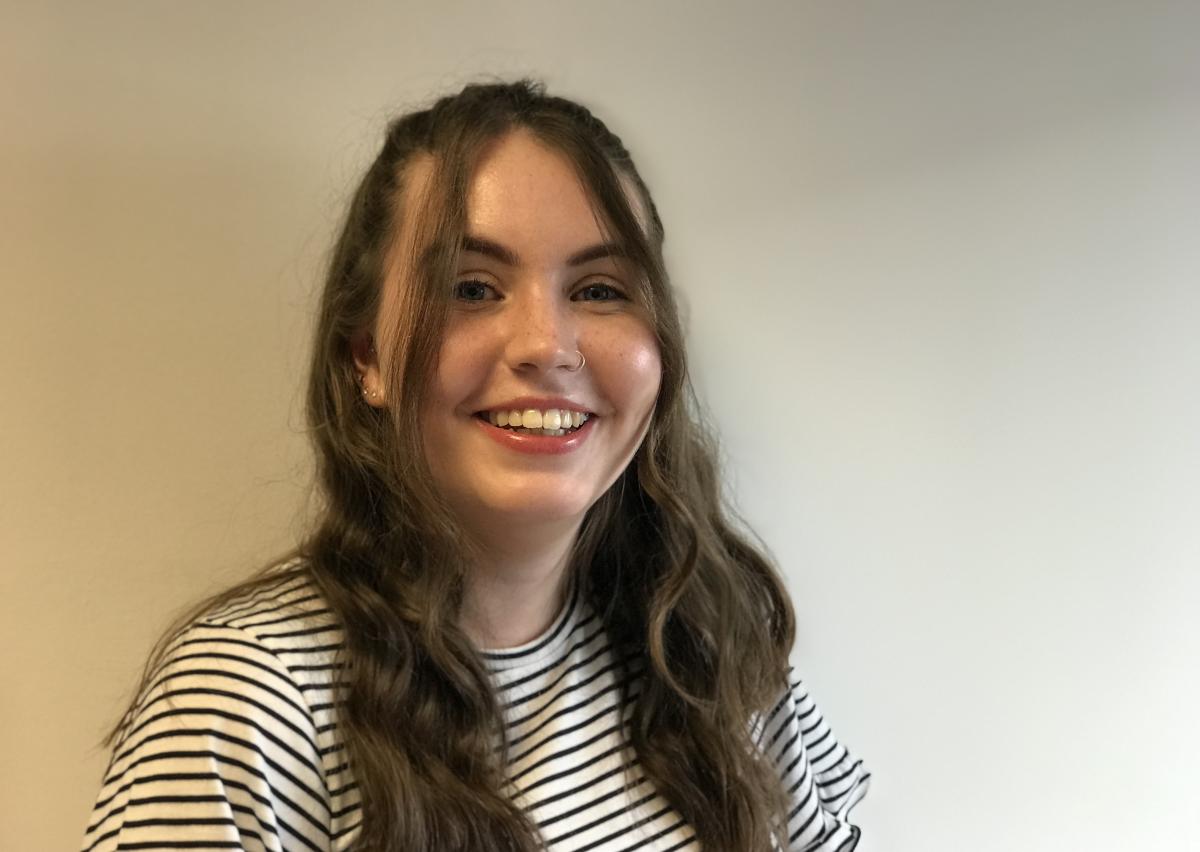 Our apprentice Jade Ling has just been highly commended as one of the region’s Green Heroes. Here Ellen Widdup explains how the teenager has transformed the attitude and actions of the whole of the Prominent team when it comes to recycling.

To describe a member of staff as “green” might indicate their youth and inexperience.

At 18, Jade Ling is certainly the youngest member of our team and as an apprentice, she’s new to her profession.

But Jade is “green” in other respects too – so much so that since she started working at Prominent last summer, she has completely transformed the company’s attitude to recycling.

Her desire to implement changes started within weeks of taking the job when she was handed the responsibility of managing the social media accounts for East Cambridgeshire District Council’s recycling champion Michael Recycle.

As an agency we had been responsible for creating the superhero - a mascot that visits schools, fetes and fairs inspiring the wider community on the subject of recycling.

Jade’s job was to research recycling facts to use across Michael’s Twitter and Facebook pages with recommendations for the public on how to behave in a more environmentally-friendly way.

Her work saw a 226% increase in followers on Twitter, resulted in 600 requests for an extra blue bin over a four-month period and saw 40 tonnes of rubbish collected in a crackdown on fly-tipping.

But Jade also took each of Michael’s recommendation’s seriously, implementing the change in our office too.

She bought a blue bin, put up posters about what could be recycled and labelled the kitchen bins with pictures of what could be thrown and what shouldn’t be.

She started a clothes swap to encourage work colleagues to reuse and recycle rather than throw away and encourages everyone to turn off computers daily to save electricity.

She emails staff with her recycling requests, is quick to educate them on any mistakes and spends her lunch breaks rinsing out yoghurt pots to add to the recycling waste.

She has also signed us up to a number of national recycling schemes.

One of these was a project run by Terracycle, which involves Jade collecting crisp and cake bar wrappers which she posts to a specialised company which deals with waste that is hard – but not impossible – to recycle.

Terracycle wash and shred the plastic and make them into pellets which can be made into other items.

Jade’s most recent green project is to shred and collect all the waste paper in the office which she takes to the local RSPCA for animal bedding.

The RSPCA have been so impressed with her weekly deliveries that they asked her if she could do the same with cardboard.

She now delivers all our waste cardboard – including the inside of toilet rolls – to the animal centre for the hamsters.

Jade’s extensive knowledge on recycling has led to East Cambridgeshire District Council requesting she manage their pubic enquiries about waste. This includes not just their social media interactions but all their external PR too.

In short, Jade is an utterly incredible 18-year-old whose passion, drive and dedication to improving the environment has inspired and engaged not just her entire team – but her clients too.

We are very proud of her.