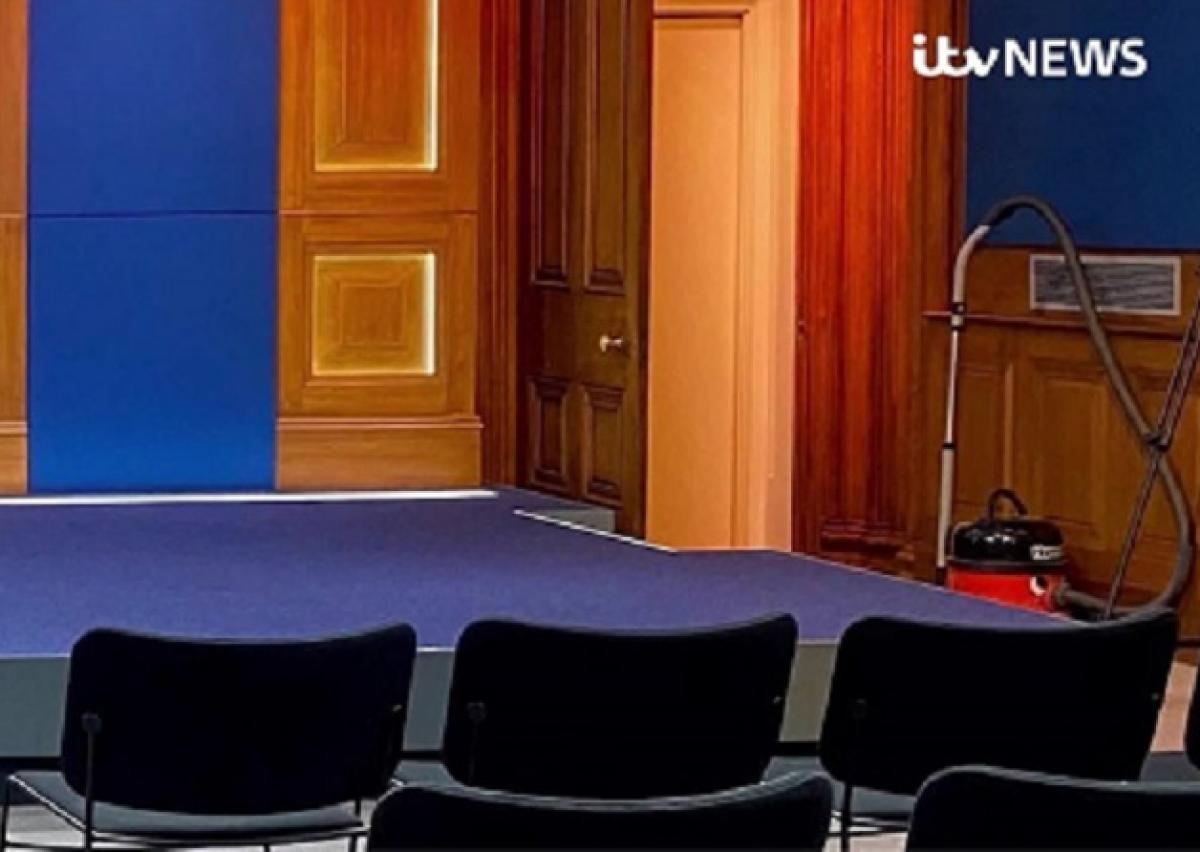 Downing Street has a brand new briefing room which has attracted a barrage of criticism from taxpayers, the Labour Party and mockery across social media platforms. Here, we take a closer look inside the press room – and find the star of the show on the sidelines.

This was followed swiftly by social media comments likening the Union Jack-bedecked platform to the set of Judge Judy or the West Wing.

Indeed, that was sort of the point.

This was the first of the new “White House style” media briefings that Downing Street have devised to help keep us abreast of Covid news.

“We have to remain humble in the face of nature,” Boris said. Humble? Really?

All of that, in my opinion, could have just as easily been achieved with a Zoom background filter. Less money too.

And anyway, what was wrong with the bigger room at No 10 that they used for free?

On the whole, nothing really changed apart from the backdrop. The Prime Minister was joined by chief medical officer Professor Chris Whitty and chief scientific adviser Sir Patrick Vallance, and Boris Johnson, as usual looked like he had forgotten to comb his hair that day.

We had the same routine of intro, complicated graphs and questions from the media.

But there was one addition to the brand spanking new set up that was an added bonus – the appearance of Henry Hoover.

That’s right. Tucked into the corner of the set – but still in sight of the bank of cameras – was a little red vacuum cleaner that was undoubtedly, the star of the show.

If we were Henry’s PR team, we would be making the most of this moment in the spotlight.

Here are some of the best tweets from the night: 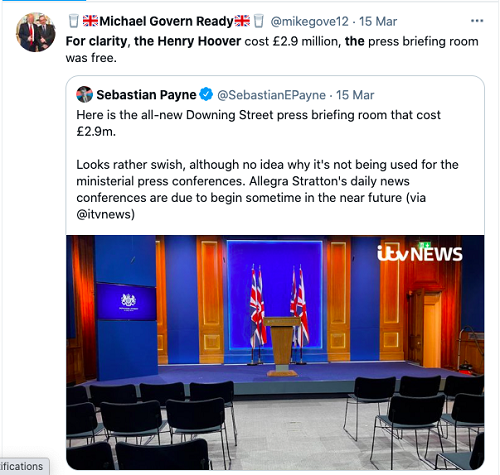 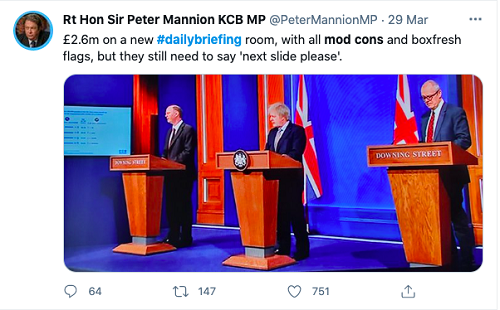